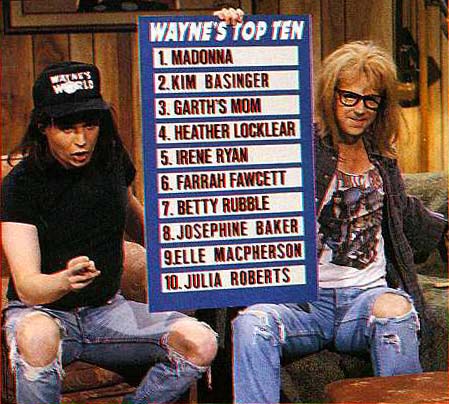 Tired of searching for a place (or a product) and being bombarded with endless Top 5 lists?

What credibility or authority does one list have to discount the other hundred or more places or things that relate to the subject?  What makes one top list any better than other top lists?

Most Top 5’s are simply the Top 5 things that make the site/business/author the most MONEY. Top 5 pages usually feature more clickbait and links to buy stuff than information.

I’m going to try to explain the whole thing here in simple terms. I chose ‘Top 5’ for this article but you can assume I’m including any ‘Top X’ or ‘X Reasons Why’ list.

The lists invade information spaces and search results like weeds, blocking the light that might let some small things grow into bigger things. Same as a weed, – lists add nothing of value. They’re a cheap web commodity written by nobody you ever heard of.

Why is one Top 5 better than another Top 5 of the exact same thing?  Who’s writing the list?  What actual experience do they have?  Most Top 5’s are researched purely on the web anyway and are written by someone who is in reality, most likely to be in the bottom 5 people most qualified to write them.

Research is research.  A list is just a list. How is it judged? Sales? Taste? Price? Satisfaction? If that part isn’t explicitly explained then it’s a rubbish list.  Don’t believe everything you read on the internet (lol).

Top lists have been FLOGGED TO DEATH.

Most references to the phenomenon are from 2011 – when lists became a thing. Top 5’s are kinda old. Tired. Saturated…

Of course the marketing darlings have cottoned onto titles like, ’17 best’, ‘6 favorite’, and ‘X things you need to X before you X’.

It’s all the same old stuff – just re-packaged. Most web writers these days wouldn’t understand an oxford comma if it punched them in the face either.

In all this I know there’s something deeply wrong with modern communication.  It’s worse now that self publishing en masse is a reality. Fake news isn’t new.

Writing Top 10’s… I don’t want to do it. I really… really don’t want to. But, like  the rest of them – I will for the right money. I can’t stand them.  I think they’re a scourge on intelligence. I can’t beat them, so I’m joining them (lol).  I reserve the right to take shots at them, now I know what the game is.

Below is an old blog I found interesting while researching. I like this guy.

The Top Five Reasons I Hate Lists, by Norm Elrod