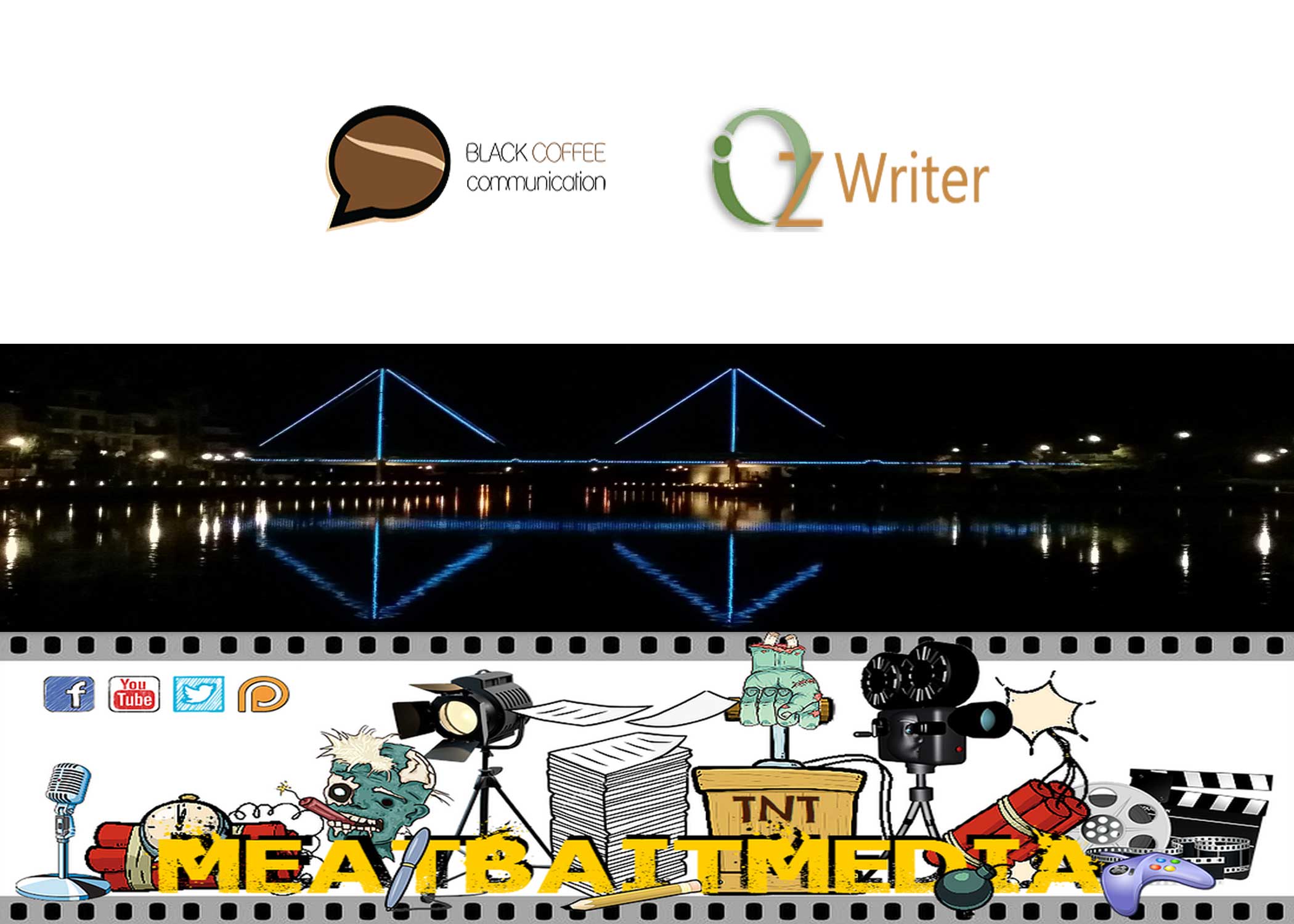 I spoke to four Adelaide writing bloggers, Lisa from OzWriter, Nicole from Black Coffee Communications, Tim from Meatbait Media, and Derek from Tonight the Bridge is Blue. They’re all at different stages of their writing careers and have different reasons for blogging.

Why do they do it?

Lisa and Nicole blog as part of their online and real life writing businesses. Professional writers often blog to offer their thoughts and insights into day to day life in the industry. Nicole will blog sometimes “just to get things out of my head”, adding that “blogging isn’t one of the biggest business lead generators, but it helps”. Tim is a developing writer and promotes his work through his blog. Derek writes purely for an outlet and enjoyment. Blogging offers writing creatives and professionals alike the opportunity to develop and promote their work by writing for the public. Tim says he’d “love for people to find my work and contact me.”

How do they do it?

Blogs technically look the same in your browser but there’s a few ways to make them appear there when you type in the address. Nicole uses an interface called WordPress, Lisa is teaching herself how to code directly (an intricate subject in itself). Tim uses Wix while Derek uses wordpress.com, )which a bit the same as a Facebook profile). Using wordpress.com is less work but has fewer layout and control options.

Publishing your own site with WordPress, Wix, or coding it yourself, allows more control over colours, layouts, and fonts, text and pictures, page and post structure, image sizes, etc. You can stick things on your site like advertising, social media links, sign up forms, calendars, summaries, galleries, and so on, with plugins and widgets. Wix has similar functions to WordPress but is entirely hosted within their own ecosystem. It’s still got more functions than a standard wordpress.com blog. Check it out and you’ll see what I mean. Tim uses Wix because he “didn’t want to be the same…to differentiate myself in general.”

Who are these bloggers? How much work is blogging? What are their plans? What do they think of social media?

Lisa started OzWriter just over a year ago. Lisa was already writing professionally so started the site and blogs there to get “a more public profile”. A lot of her writing clients are from overseas and commission her to write natural, native English content. Lisa says she can spend as little as “half an hour of ranting” to create a post. If it needs research or graphic design then two to three hours is her average. Lisa says she’s “learned a lot” and her side projects are developing to a point where she may even be able to sell OzWriter. Lisa says social media “isn’t as big as I thought it would be” but that it’s a good way “to lead people back to the site’, where ‘people actually read things more”.

Nicole created the professional writing, editing and marketing service that is Black Coffee Communications. Nicole has an extensive background in government and business and became a freelance writer six years ago. Nicole says, “there was a time when every content writer was saying you needed a blog…there was a lot of pressure to blog”, but a good reason to blog is “it makes you a content matter expert”. To build a blog post it involves a bit of “winging it to start with but halfway through a post it will often start to take a different track”. A “brain dump” will take “an hour or so” but if it’s a business post it’ll take “longer to optimize and add good images”. Nicole says a 2014 post about annual reports still gets leads for her business. Her target audience isn’t on Facebook. She’s after corporate clients so she “does a little bit of LinkedIn…but it takes effort”. Nicole thinks Twitter and Facebook are good for establishing a brand and Instagram is more for “branded visuals”. She says that as a writer “blogs are your best form of marketing…people can see your style”.

Tim started Meatbait Media just over a year ago as a way of “keeping everyone updated on the projects that I’m doing”. He shares his posts to social media channels like Patreon, YouTube, Twitter and Facebook. The blog on the site features posts about Tim’s writing projects, reviews, and the occasional rant. “It’s a lot of work”, he says, but he’d “love for people to find my work and…help my career take off…to get published”. Tim chooses to post once a month but sometimes posts are just quick updates, he’s “got nothing”. He puts ideas that come to him in a word file, then he’ll sit down for up to a day writing a post. He says it “takes a lot” and he’s not a “natural writer”. He’s not a fan of Twitter, and uses a relatively popular but unknown social media site called Minds. Social media is “just another form of networking…not many people really click on it”.

Tonight the Bridge is Blue is Derek’s passion blog. He started blogging about two years ago as an outlet. His two other blogs have different themes. One is erotic fiction, one is travel reporting, and he’s building followers on wordpress.com. He doesn’t have any plans and his posts don’t have any process behind them. He lets “artistic license” flow from everyday situations on one, and reports on events and places he’s been to in the others. “It’s more about saying what I want to say… that I want to remember in years to come”. Derek prefers to keep blogging separate from professional life so doesn’t post on social media.

So many blogs, so much love!

I’ve experienced overwhelming support from the blogging community and this series has grown considerably. I’ve spoken to tourism blogs, food blogs, retail store blogs, hiking blogs, V-logs (YouTube), and mummy blogs. Government blogs are hard to pin down, too scared to stray from the official line. I wanted to talk to fashion blogs but Tumblr and Instagram aren’t blogs. I tried getting in touch but they’re apparently too busy taking selfies. I should probably add that all opinions expressed here are mine (well, just the unprofessional ones) and not the opinion of any of these amazing bloggers. You should check them out for yourself!

Click here for the next article in the blogging series, “Australian Outdoors Blogs.”