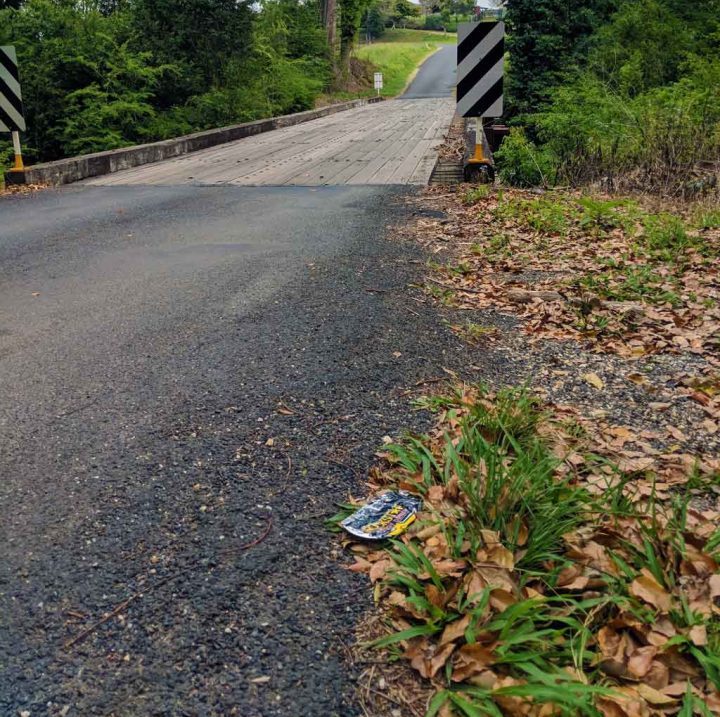 Some of Australia’s most beautiful and remote roads regularly fall victim to illegal dumping and the rubbish that people throw out of their cars. Rubbish litters the verges of most of our busy highways, but littering and dumping is also blighting many of our back roads. The volume of roadside rubbish in Australia has fallen since 2009 but there’s still around 34 bits of rubbish for every 100 metres of highway.

The Keep Australia Beautiful 2016 ‐ 2017 National Litter Index says that while the volume of rubbish collected from highway survey sites dropped 13% last year, highways are still second only to industrial areas in the total volume of rubbish found.

The NLI report doesn’t account for another gross part of travelling the highways. Illegal dumping. Again, highways are second only to industrial areas for this offense. In this article, NSW Roads Minister Duncan Gay said the NSW government spent more than $9 million on clean-up costs each year with one rest area costing more than $850,000 to clean up annually.

I wouldn’t recommend straying too far off the road at rest areas. When the surrounding shrubs are garlanded with toilet paper it should be an indication of the disgusting hidden problem lurking.

In addition to highways departments organising and funding clean ups, Australian ‘Adopt-A-Highway’ programs have been in operation for many years. Groups, businesses and individuals volunteer to clean up and maintain stretches of road around their community. These initiatives range from local council to statewide programs.

Government roadside rubbish prevention programs like Western Australia’s Roadside Litter Prevention Project hand out free in car garbage bags and use roadside signage and bin stickers to raise awareness and decrease littering rates. Most states have a ‘dob in a litterer’ service in one form or another. Sadly, South Australia’s ‘dob in a litterer’ website and app is now defunct even though it received 1300 reports resulting in 800 fines being issued.

There are rubbish bins in every park, in every service station, and at every rest area.
There’s no reason to throw rubbish out of a car, yet people still do. What can we do about it?