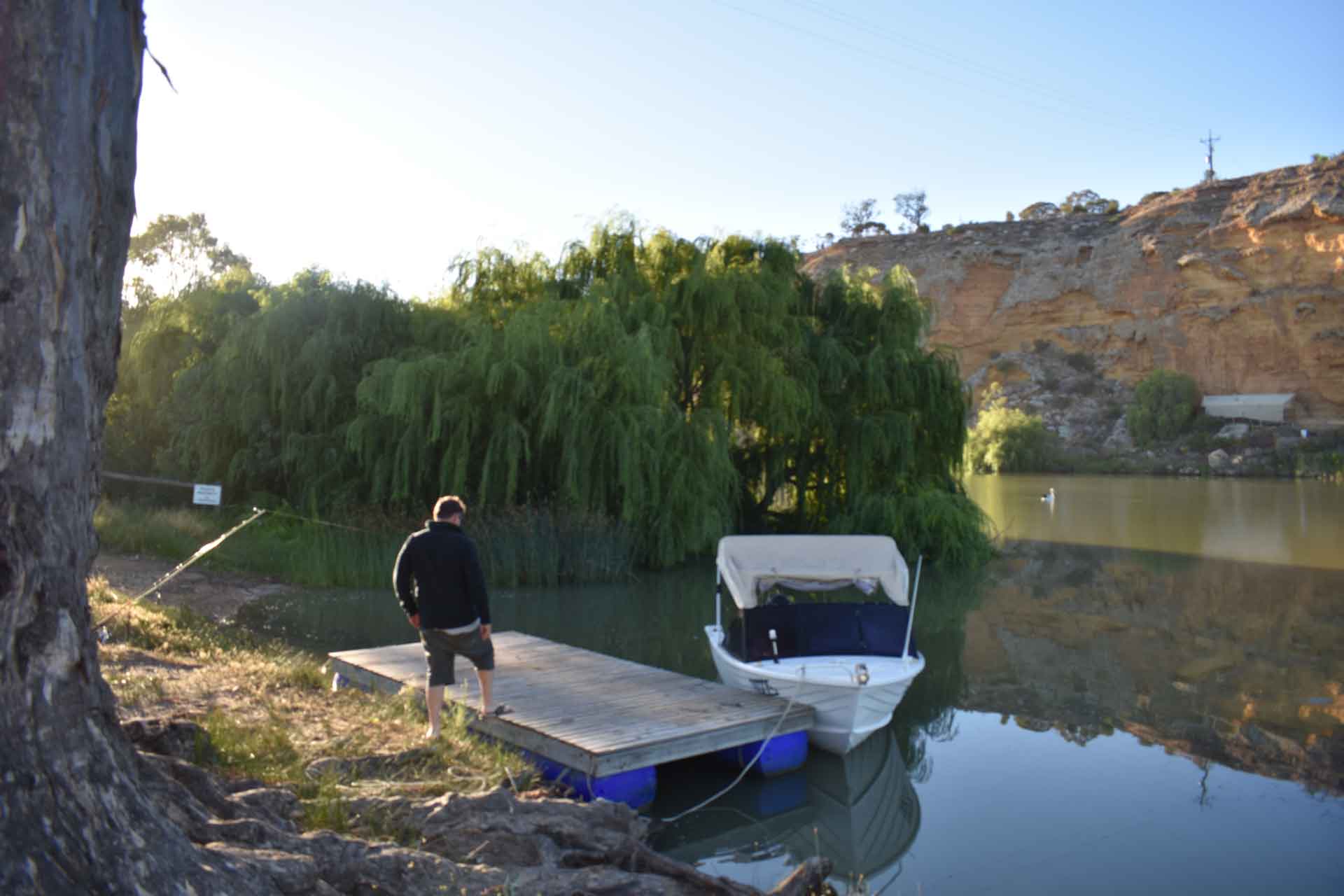 In the wake of a spate of delicious looking carp belly salad pics on Facebook, Outdoorstype takes a closer look at carp in the Murray River.

Carp originated in Asia thousands of years ago and spread to Europe as an ornamental and aquaculture fish. They were brought to Australia around 100 years ago but weren’t common until the ‘Boolara’ strain was introduced near Mildura in 1964. Widespread flooding in the 1970s and reckless transplantation mean that carp now account for up to 90% of all biomass in some waters of the Murray Darling basin.

The carp species now prevalent in Australia are the common carp, European carp, koi, mirror carp, and leather carp. They belong to the Cyprinid group of fishes which contains other pest species in Australia like goldfish, tench and roach. They all compete with native species and stir up river beds in their search for food.

Carp breed in murky backwaters and sometimes reach concentrations of one million fish per hectare (of shallow water).  Carp are generally silver with olive green fins and backs but colours vary widely. Sometimes they’re a much darker olive and sometimes gold. Catches of spotted koi carp in the wild are rare. Sometimes you’ll even land large goldfish in the Murray. Goldfish are related to carp but different and also a pest not to be returned to the water.

How to catch carp

It’s easy to catch carp and here’s some basic tips and tricks to make sure you get a few. Remember, any carp caught anywhere in South Australia must NOT be returned to the water. Carp are a PEST, but that doesn’t mean you can’t target them or find a tasty way to cook them.

Anywhere you can put a line in the river you can catch carp. It’s an easy introduction to fishing in Australia for kids and tourists alike. Carp are caught all day and night and are caught pretty much anywhere in the river, but backwaters and lagoons are the most productive. Carp are known as a generalist species so water depth and temperature, or the amount of snags, riverbank cover and river flow don’t matter too much.

Carp seem to take an ever growing list of bait and hit shrimp and yabby baits just as hard as the traditional carp baits. Traditional carp bait can be as simple as rolled stale bread, corn kernels, or worms. Check here for tips on catching shrimp and yabbies as bait. Worms can be purchased at tackle shops along the river or independent and well stocked fishing stores in Adelaide.

A rod and reel is best but hand-lines will do. Use a simple running sinker set-up incorporating a short “leader” to help keep the hook clear of most snags. The size of hook isn’t too important. I use a size four or six hook, about a centimetre wide. A bean or ball sinker about the size of a thumbnail is heavy enough.

When you cast, don’t try and lob the bait into the middle of the river. Cast it nice and easy – about 10-20 metres from the bank. Buy a rod holder from fishing stores or find a stick nearby you can shove into the ground to prop up your rod while you wait. When the rod is propped in the rod holder at a gentle angle, your rod tip should be facing toward the water along the same line that the line disappears into the water. Gently wind some line in to take up the slack but don’t make it too tight. Clip a bell to the top of the rod and go do other stuff while you wait for the fish to bite.

Carp are easy to catch

Fishing with bait on the Murray River means the fish generally hook themselves. You won’t have to rely on messing around with finicky bites. I usually wait for two or three hits on the bait (rings on the bell) and strike on the next tug to make sure they’re hooked. Sometimes carp will take your bait and stay still – you check your bait – and only then find you’ve hooked a big carp.

What do you do with carp when you’ve caught them?

You must remove and dispose of all remains. Don’t leave them lying around the river banks. If you fished for them – it’s your responsibility to deal with them. Think about that before you fish.

What do chefs do with it?

Some South Australian chefs are already onto the delicious possibilities of carp belly. Recipes books like If you Can’t beat Em, Eat em from the Lachlan Catchment Management Authority suggest there are lots of ways to cook carp.

What did Outdoorstype do with carp?

Outdoorstype made a Facebook inspired fried carp belly salad in the bush. The reality of filleting carp is that carp belly is about five percent of the fish. The boneless white flesh from around the belly is great eating. Simply cut the large fillets either side (for filleting methods click here) from the fish before gutting them. It’s easier that way. Be careful to get as much of the belly from around the rib cage as you can.  Flip the fillets over and skin the fillet, taking the scales along with the skin! Too easy! Trim the fillets down to just the lower white belly portion and throw the rest away responsibly.

Carp belly salad works because the salad ingredients are easy and making salt and pepper fillets of fish isn’t hard. Here’s the lowdown.

Mix the flour, salt, and pepper together in a bowl and dab the fillets in the mixture. Make your oil super hot and put the fish in a few pieces at a time and cook until golden.

Quarter the grapefruit. Cut the skin off. Chop the quarters up into smaller pieces if you like. Cut rings from the peeled red onion. Put them on the plate. Place the lettuce on top as a bed for the hot and crispy fish.

Use tongs to put the hot crispy fish on top of the salad and drizzle salad dressing over the lot.

The CSIRO is testing a virus which will kill up to 80% of carp in the Murray Darling river system upon release. They haven’t decided to release it yet and it’s hard to say what this means for the long term prospects of catching and eating carp from the river. So far the science says it’s fine. Click here for info.

Fishing for carp is all about simple bait and simple techniques and you can catch them everywhere.