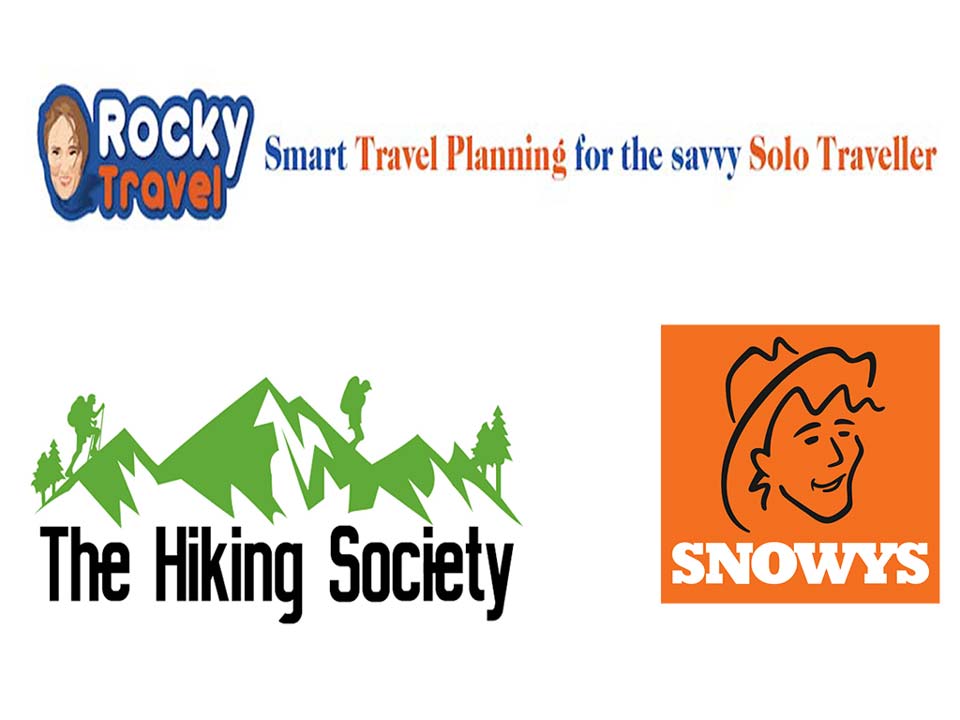 John Feeney from The Hiking Society, Michela Fantinel from Rocky Travel, and Ben Collaton from the Snowys blog share invaluable insights into blogging about the great Australian outdoors.

This post focuses on the work that goes into a blog, how much work each post is, and some of the marketing and social media aspects of blogging. John and Michela also share inspiring stories and great insight into the blogging scene. They even hint at some of their plans for the future.

Rocky Travel has been appearing in my travel related Google searches long before I seriously considered writing as a career. Rocky Travel is described as the “leading travel blog for the solo traveller in Australia”. Michela Fantinel started blogging in 2008 and since then the blog has grown “in a gradual way”. She explained that social media “helped”, but search engines are “playing the biggest role”. New posts are sometimes a lot of work but, “it depends on what the purpose of the blog post is”. She says “you have to think about how to rank on search engines and how to market the blog post too”. As for the future of Rocky Travel, Michela has “a few projects in mind”, including creating more of her “own products to offer through the blog/site”. Rocky Travel is a great site that’s earned heaps of awards.

John started The Hiking Society in July 2016. It’s thriving these days and includes a wildly popular hiking meetup group. To the point that John now owns his own clothing and adventure gear site, Globewalker. Generous in his responses, he demonstrates the infectious enthusiasm found in the outdoors blogging scene. He’s got a Bachelor of Communications from Open University, majoring in Journalism and PR. Working in SEO companies “really fast-tracked my SEO experience when it came blogging”. John says that “today, a lot of my blog articles appear on the first page of Google”. You’d think The Hiking Society is set up for success. Even so, John says that “despite all the short term success”, in his mind “it hasn’t really taken off just yet”. He’s humble for a guy whose meetup group has 3,000 members.

About blogging’s contribution to personal and business development he says “Often I’ll see businesses put a blog out for the sake of putting a blog out. There’s no strategy behind it… but…a blog article can add real value”. It’s a “way of attracting people…without actually selling them anything”. He’s looking at ways to grow and hopes that “the more people begin to associate myself with The Hiking Society and GlobeWalker, the more the two may feed each other in some way”.

Posts usually take “no more than an hour…especially if I’m in a really creative mood”, but “it all depends on how my computer is feeling at the time”. He’ll grab the photos from his Google drive (cloud storage) and load them into the site’s back end first, then start writing. Typically he’ll write over 300 words before inserting and optimising the images. Optimising an image basically means adding titles, setting it up with a web address and some alternative text for when it doesn’t display, then tagging the picture (an option in most web page back end programs….this is where a few tags work). Not to mention getting the right image size…and the rest! John uses a WordPress plugin called Yoast to check SEO suggestions for the text and then decides when to publish the post. Timing is important. He’ll generally schedule posts to appear “the following day before people head off for work…or when people might arrive home”. The Hiking Society is a really well laid out site and is growing fast…I’d get in now while it’s still VIP.

The Snowys blog is part of a retail site. They have two physical stores in Adelaide and Brisbane and draw upon a strong team who follow a process to come up with the ideas for, produce, and market their posts.

The Snowys blog follows a posting schedule. A posting schedule is invaluable for using social media to get your message out there. They look at business needs, promotions, seasons, special occasions, events, and other relevant information.

The team at Snowys generate blog post ideas from feedback and questions, keyword research, and ideas from their team of writers. Next, they’ll do some more research on some of the chosen ideas, look at when is best to publish them, and create the article. They always have team members proofread before posting. Snowys have an established and collaborative team with a tested process…they don’t make mistakes.

What do they think of Social Media and how do they use it?

The outdoors blogging scene is welcoming and supportive, and very active. Michela and John both reckon the scene is in great shape and social media makes it easier to get content out there. Michela says to grow with only two or three social media sites first, then consider starting more “depending on your goals and needs”. John says that social media was “the foundation of what was generating a majority of my website’s traffic to begin with”. Now it’s “found organically in search engines which is such a bonus”.

Snowys promote their blog articles heavily on social media. At that level it’s critical to post to a carefully planned schedule. That’s when the marketing lines get blurry.

I asked John if he thought blogging is a way forward for The Hiking Society and he mentioned three exciting developments on social media. His plan is to “go beyond the written word”. He’s already posting plenty of video content using Instagram’s new features...and a “bit of Facebook Live“.

In this brave new world social media is still a writers best marketing tool…because that’s where the people are.

Thanks John, Michela, and Ben…I take my hat off to you all for being part of my series!

In the next article I talk to outdoors vlogger Justin Tilson about his Youtube channel “All Things Outdoors”. Click here!

Click here to go back to the blog where you’ll find the previous articles in this series about bloggers.