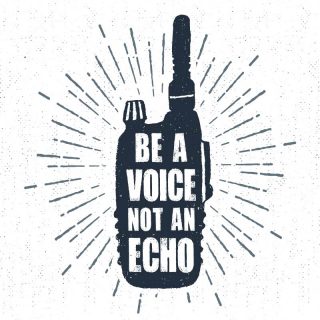 A recent report on media consumption and trustworthiness reflects an alarming and broad decline in trust in media around Australia.

In March 2017, public relations firm Essential Vision released its annual Trust in Media report and found that Australians’ trust in media had declined but the relative rankings of the different forms of media remained the same. The most trusted was ABC TV news and current affairs, while the least trusted were Internet blogs.

I asked three people from three different generations about their attitudes to print media, internet, radio and television, news and current affairs. Jayden Williams (17) is a Year 12 student, Vivienne Clayton (39) is a teacher, Norm Amos (91) is legally blind and long since retired.

It’s useful to understand the media consumption habits of Australians across generations. In 2016 the News and Media Research Centre at the University of Canberra released the Digital News Report, Australia 2016. It found that age plays a large part in the type of media consumed, with 64.9% of the 18-to-24 age bracket citing online platforms as its main way of accessing news. By contrast, 72.4% of respondents aged 55+ accessed news via traditional news platforms (TV, radio, and print).

Jayden only reads physical newspapers for “the comics”. When it comes to reading newspapers online, he “doesn’t trust the big ones” because of “left and right bias.” While no longer reading, Norm said he always took newspapers “with a grain of salt”. He said he “knew for a fact that some of what was being reported wasn’t true”. Norm said “they stretched the truth to make good copy” because it was “important to have a good story”. He adds that he “always got the impression that the reporters themselves didn’t believe what they were saying”.

Jayden didn’t think magazines were trustworthy “at all”, and said their credibilty depended on the publisher. Norm rated magazines as more trustworthy, believing that more research went into some magazine articles.

Jayden was clear on his attitudes to radio, declaring pop music stations to be “like tabloids” and news radio to have a “left and right bias”. Norm said radio was “not particularly trustworthy”, adding that “for the subject matter to apply, you have to select what you listen to”.

When it comes to the Internet, Norm said “It doesn’t matter if it’s radio/TV or whatever, I’ve been cautious with all these things”. Jayden exclaimed that the Internet is a “wild ride”. They all expressed a need to cross reference web-sourced information. Vivienne said “I’ve been known to trust snopes.com”, but added “anything where 100% accuracy and validity is required I’d feel the need to cross check things for myself with other direct sources.” Jayden agreed that if he was unsure whether to trust an internet source, he would cross reference the subject with other web sources “three or four times.”

Jayden noted that internet sites like Buzzfeed were a “bunch of people’s opinions” and not to be trusted. Vivienne raised the issue of trust in social media as compared to mainstream online media by giving an example of reporting on trapped animals by animal rights groups. “I would be most likely to believe the reporting of something when it sounds credible and the reporting source has nothing to gain by sharing the news.”

Jayden rates TV news and current affairs overall as not trustworthy, saying “they can paint information in a bad light…to push their agenda” but finds local news reports to be more trustworthy. Vivienne suspects that “almost all journalists, announcers and writers are swayed either by their own interest and bias or bound by larger external influences.” Norm said that TV was “able to present so many different views on world matters, and present so many specialists that it was often hard to compare points of view.” He doesn’t watch TV anymore but always took it with “a grain of salt.”

These three Australians seem to confirm that trust in media is declining across the board.