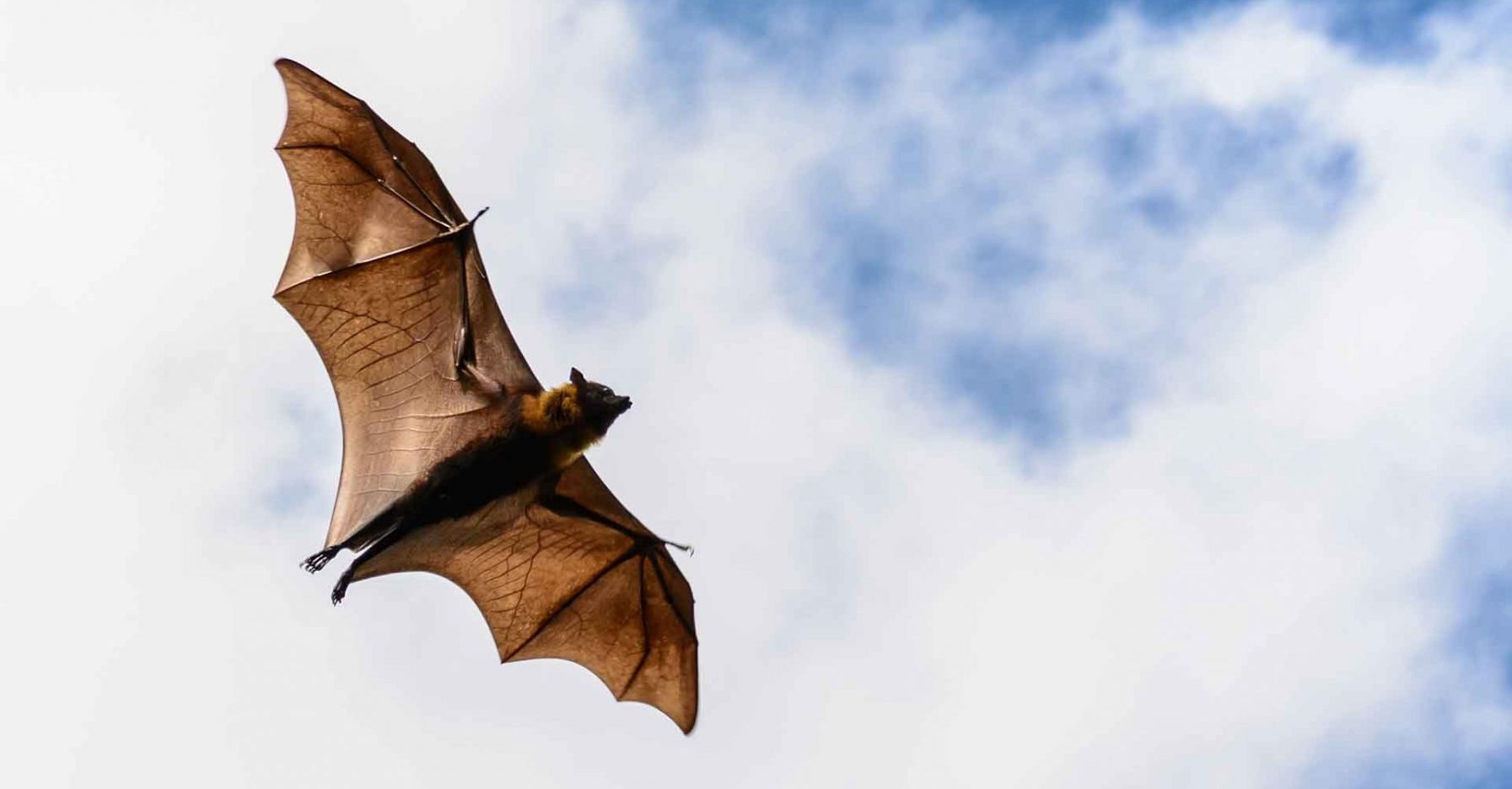 Bats… not just a few bats… thousands of bats. Adelaide isn’t used to having bats around. Until 2010, fruit bats weren’t even native to this part of Australia and that’s probably why people are still a bit freaked out. March always sees festival-goers crowd the Adelaide park lands, and for some of them, it’s the first time they’ve seen thousands of bats in the Adelaide sky. In 2019 the bats still crowd around the same stand of trees, just outside the zoo in Botanic Park.

Their scientific name is ‘Pteropus poliocephalus’ – AKA fruit bats, flying foxes, and megabats. The population that moved into Adelaide in 2010 are grey-headed flying foxes and there’s about 3000 of them. Their normal range is the south-eastern forested areas of Australia, mainly east of the Great Dividing Range extending from Bundaberg in Queensland to Geelong in Victoria but the crafty little buggers have established outlying colonies as far north as Ingham in Far North Queensland. Now the bats are here in Adelaide.

Flying fox captures in South Australia have been recorded from the early 1900’s. Although recorded in small numbers sporadically throughout the twentieth century in SA and Victoria, it wasn’t until the 1980s that they began routinely visiting Melbourne. The colony of around 3000 bats now in Adelaide made their way here from Victoria, via the south east, in 2010.

A recent article in The Advertiser had some great insight from scientists about what’s going on and talks about why the bats are here.

They fly up to 50km in search of food but mostly use a 20km radius from their main roost.

Their main source of food is eucalypt blossom but they eat fruit from any flowering tree including Moreton Bay figs.

To drink, flying-foxes swoop down and dip their belly fur in water, land in a tree, then lick the water from their fur.

Less than one percent of bats carry viruses. It’s only from getting bitten or scratched that you’re in danger. You’re not in danger.

Microbats are different again and worth a look. Adelaides’ microbats are active at night and most of the noises they make can’t be heard by humans. Most people don’t even know there are bats living in their house! Especially in winter.

There’s eight common microbats in Adelaide, including Gould’s wattled bat, the lesser long-eared bat, southern free-tail bat, little forest bat, southern forest bat, chocolate wattled bat and western broad-nosed bat. Most are the size of a small mouse with wings. Tiny and very agile, they use echolocation to hunt and are much harder to hear.

“They only have wingspans of about twenty-five centimetres and mostly live in tree hollows, but when hollows aren’t available, they will sometimes move into our chimneys or roof spaces…You can easily give them a better place to roost by adding one of two bat boxes to the trees in your garden. They’re easy to build and you’ll be investing in free, environmentally friendly insect control…they can eat up to half their body weight in insects every night.” (Natural Resources SA – Bats in Your Backyard. Find more details here.)

Who’s a cute little bat then?

There is some debate about how closely related megabats and microbats are. There’s evidence to suggest that megabats came from primates. This little primer is only about giving you the information you’ll need the next time someone points out some kind of weird ‘huge bird’ flying around at night. You can then confidently explain that it’s most probably a bat… and bats are cute… but they wash themselves in their own piss.

So what’s gonna happen with all those fruit bats? There’s heaps of them…

Get used to them because they’re a protected species. Bats are good for the environment but life isn’t easy for them here in Adelaide. What threatens all bats right now is habitat destruction, electrocution, and tree netting. If you come across an injured bat contact Adelaide Bat Care, (0422 182 443) for 24 hour rescue or assistance (for the bat. You sort yourself out).